Posted at 07:25h in Myths and Folklore, Spirituality by Meredith Eastwood
Share

I have always loved the Odyssey, and for years I taught Greek mythology to middle school students. I sailed the Greek islands with students and their parents, and we traveled to Delphi, Olympia, Athens, Mycenae, Delos, Crete, Mykonos, Turkey and Santorini. We explored museums and famous archaeological sites with local guides. I have statues of Athena and Artemis in my home and honor them both: Athena as a guide for wise words and actions, and Artemis as protector of nature’s wild places. 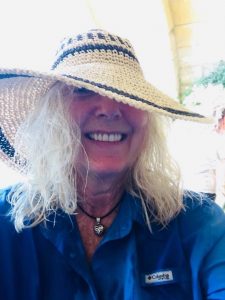 Last summer, I flew to Malta in hopes of encountering the goddess Calypso in her cave on the island of Gozo. But I discovered the primal source of her power in the depths of the Hypogeum near Valletta and within the massive Neolithic temple ruins of Magar Qim, and Tarxien on Malta and around the Ggantija temples known as “The Giants Tower” on Gozo. I found goddess power everywhere, even in an ancient spring of fresh running water used for washing clothes where my companions and I washed our hair. We felt like goddesses in that sacred space. When I placed my straw hat back on my head, I felt as though I had released centuries of ancestral dirt, allowing the inner goddess to shine.

Sometimes an ordinary woman with an extraordinary love of adventure and deep longing for relevance finds herself riding the waves of archetypal energies, especially those of the goddess. In the process she may fall under the spell of particular archetypes. But she must not allow those personalities to sweep her into a repeat of an ancient story, no matter how much she loves that tale. Instead she must steer her own ship, co-creating with her upper world spirit guides a brighter future rather than one created from an old legend scripted by another hand.

These thoughts had been swirling around in my mind for a few days, as I pondered the desire to fly off to Ithaca, one more stop in the story of my ancient travel dreams.  Of course, a personal archetype can easily be activated, and the conscious Universe was ready to dream with me in waking life.  As I sat in church last Sunday, a hymn located in the Unity Hymnal, Wings of Song, arose during the service. It was entitled “Weave.” The first line…”Weave, Weave, Weave.” I chuckled and dreamed of Penelope, whose voice had been muted by the masculine messages in her house. I also associated “house” in a symbolic sense with self or psyche. And I remembered how she unraveled by night what was woven during the day and began weaving again the next morning, intentionally never finishing what she had begun as a strategy for protection. 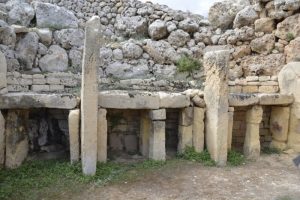 Then I thought about how in today’s world, with a steady hand and mindful voice a Penelope character could unravel a shroud of fate and reweave a better ending to her ancient story, one that is free of the internal strife like that which transpired inside her house in the final chapters of the Odyssey.  I remembered how Athena, the hero’s guide and advocate in the Odyssey, was associated with weaving in ancient times. Perhaps she has the design for a more modern tapestry for the feminine spirit, one that supports our planet during great change and transition.

I love the notion of weaving the threads of a new reality for myself, to change a tale filled with archetypal energies waiting to be released under a spell over which I have little control.  Will I make a pilgrimage to Ithaca as I have to other spots in the Greek stories? Perhaps I will do so in a dream or maybe I’ll fly off on the wings of a song in waking life, which of course is really a dream too….if the goddess keeps calling. In the meantime, I am pondering how seeing a story with new eyes, a goddess or woman is able to change the story she is living.  Then the story itself can be transformed, and the journey home to Ithaca becomes a new tale to share, not only about myself, but about all women.

As I continue to dream of Ithaca, a symbol for the home in my many lives, I remember the poem “Ithaka” by C. P Cavafy*. The following stanzas are from this emotionally poignant poem. 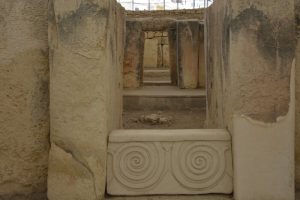 Double Spiral Image from One of Malta’s Neolithic Temples

Keep Ithaka always in your mind.
Arriving there is what you’re destined for.
But don’t hurry the journey at all.
Better if it lasts for years,
so you’re old by the time you reach the Island,
wealthy with all you’ve gained on the way.
not expecting Ithaka to make you rich.

Ithaka gave you the marvelous journey.
Without her you would not have set out.
She has nothing left to give you now.”

Now, I ask myself… how much are those air tickets?