Posted at 20:57h in Reflections by Meredith Eastwood
Share

“What you see before you is the result of a lifetime of chocolate.” Katherine Hepburn

I might rephrase Katherine Hepburn’s words to the following: What I see behind me is a lifetime of love, laughter, adventure and empty chocolate wrappers. The experiences I shared growing up with my Grandmother were like chocolate kisses, small drops of melt-in-my-mouth goodness. Each kiss was anticipated and savored slowly, before stuffing the crinkled wrapper in my pocket only to discover it later and be reminded of the sweet taste it held.

Memories of experiences in my grandmother’s home remain vivid in my imagination: Chirping birds outside the bedroom window on sunny mornings. Cozy feather beds and a fuzzy cat napping on a fluffy comforter. Ancestral pearls in an antique jewelry box.   A four-legged bath tub with stick-on appliques in the rose scented bathroom. Blooming lilies and fresh herbs in the garden bordered by a white picket fence. Vines of juicy grapes woven through an arched trellis.  The taste of Wisconsin buttered toast, and smell of sizzling bacon. Homemade iced sugar cookies. Messages transported in berry boxes strung by ropes in the clothes chute. Performances with neighborhood kids on the driveway under tents made from starched white sheets. Bike rides to the farmers market. Fourth of July parades and fireworks.  A&W root beer floats, foot-long hot dogs, and giant swirled cones.   Walks to a family-owned drug store to purchase stuffed animals and chocolate sodas.  Days of our Lives and Edge of Night TV soap operas.  Canasta and solitaire games with lively older people.  A first oil painting of summer daisies.  AND….The closet that later stored my wedding dress.

Most of all I remember the way my grandmother transformed ordinary encounters and daily experiences into magical occurrences, ones that later would feed my imagination for stories I would write.  Of all these precious memories I still remember a pesky squirrel that climbed the screen door on the back porch hoping for a handout. My grandmother encouraged me to feed it, and as a result it became a daily visitor at her backdoor.

Perhaps it was that shared experience of many years ago with my grandmother of this squirrel’s curiosity that recently inspired me to begin writing a story about one. More than a year ago during mid-January, I was departing Seattle after a workshop, “Dreaming a Life with Heart,” when I glimpsed a squirrel puppet on a puppet tree. I purchased the squirrel without a thought of why I was attracted to it.

During my trip home, I was delayed a number of times, and eventually my final flight from Philadelphia to Indianapolis was canceled forcing me to spend the night in a lovely hotel with a glass elevator.  During the delays I decided to make a game of my flying ordeal through a winter storm by posting pictures of the squirrel puppet on Facebook along with a running dialogue of its adventures. This travel experience became the basis of a story I am working on today, entitled “A Dream is a Real Place.”  And my grandmother? Yes, she is an inspiration for a major character, an eccentric older woman who wears purple running shoes and lives in a cottage on the White River. The boy in my story is a composite of my three grandsons. When I picked up the squirrel puppet in the Seattle Airport Gift Shop, I also added a bag of Hershey’s kisses to my purchase. Oh and my dream? A real place where my own grandchildren will be filled with magical memories they will remember with tasty sweetness.

Long live the squirrel that time-traveled into my world now that I am a grandmother myself. It has become an inspiration for a new generation of adventures. 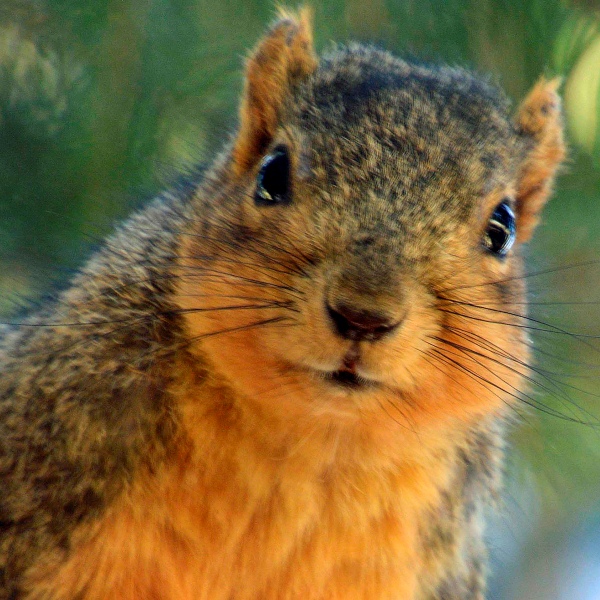 Said the squirrel to the mountain:
“If I’m not so large as you,
You are not so small as I,
And not half so spry.
I’ll not deny you make
A very pretty squirrel track.
Talents differ: all is well and wisely put,
If I cannot carry forests on my back,
Neither can you crack a nut.

– Ralph Waldo Emerson (From “The Mountain and the Squirrel”)