“An enjoyable read with a wonderful cast of animal characters. I will be reading this one to my grandchildren!” 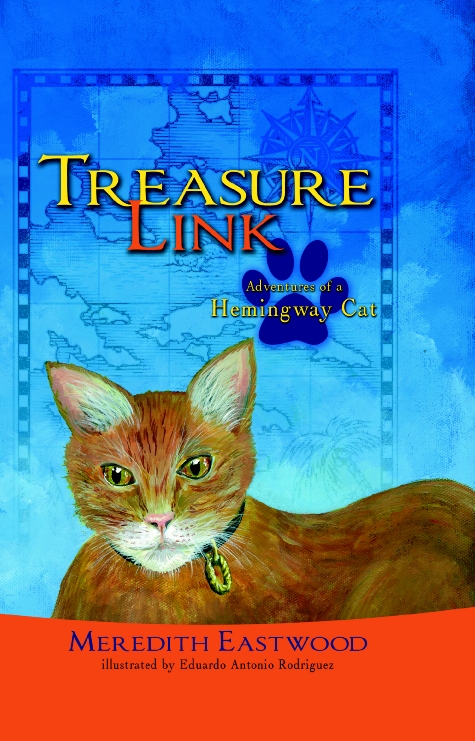 There is no turning back for Buffett, a seven-toed cat, after he escapes from a popular Key West cat show. Frustrated by the vicious teasing of other cats for his deformed paws and inability to perform tricks, he decides to search for the Hemingway House, a place where polydactyl cats can live in peace. When Gil, a mysterious pirate cat, gives him a gold treasure link, Buffett is drawn into encounters with several out-of-the-ordinary animals. He learns about a community rich in history yet also challenged by environmental issues that endanger the lives of some of the animals who befriend him. But all is not as it seems. He discovers the existence of the Alliance, a secret group of cats who also wear gold treasure links. As evil villains and challenges test his courage, Buffett discovers the secrets of his past and a destiny he could not have imagined.

“Treasure Link” is a hero’s journey. Buffett sets out to find the Hemingway House  but through many adventures he builds courage, learns about his identity, and discovers the true value of friendship.

The book addresses the hot-button issue of bullying, and includes encouraging messages for kids who feel different. “A perceived disability does not define true identity or limit potential,” says the author. “One does not have to be just like others to feel valued and to have friends.” 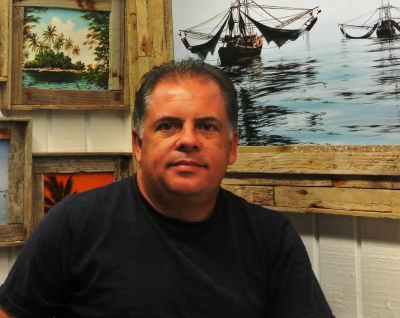 About the Illustrator – Eduardo Antonio Rodriguez

Eduardo Antonio Rodriguez, Key West artist, illustrated Treasure Link.  He is well-known for his unique acrylics, and watercolors and his creative use of three-dimensional materials depicting life in the Florida Keys.  His work is displayed in several galleries and at Mallory Square during the sunset celebrations.

Meredith's first book, Treasure Link, is the story about Buffett, a young seven-toed cat, who goes on a journey to find the Hemingway House where he hopes to locate other polydactyl cats and uncover the secrets of his past. 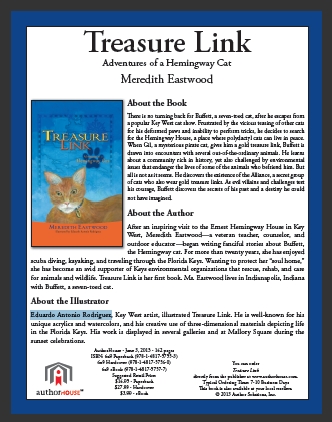 All printable materials are in Adobe Acrobat (pdf) format.